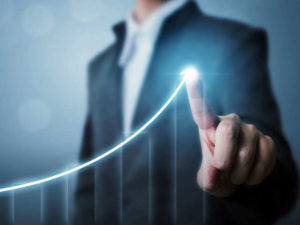 MUMBAI: For 18 months since their listing, shares of the company running DMart stores had largely a one-way run – northward. In the first major bout of correction in the current bull run, analysts have started downgrading Avenue Supermart, citing rich valuations that might be tough to sustain if the retailer stuck to its existing business model.

DMart’s gross margins were among the lowest ever in the past 10 quarters, and led to a 13 per cent miss in EBITDA and 15 per cent shy of expected net profits. Shares fell as much as 7 per cent on Monday, the third-biggest single-day fall since listing, after some of the brokerages cut company’s EPS estimates and reduced the target price.

DMart’s model does not allow it to keep increasing margins. 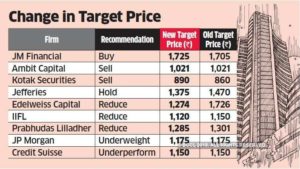 “Revenue CAGR of 24 per cent over the next decade, 100 bps margin expansion and improved working capital from scale are factored into the valuation of 63 times FY20 estimated EPS,” said Abhishek Ranganathan, analyst, Ambit Capital. “To achieve such growth, DMart needs to hike store rollout by 4X (80 annually) by FY 2030, which is tough given the own-store model.”

At the current price, the stock is trading at 80 times estimated FY19 earnings and 103 times trailing twelve months earnings. Since its listing in 2017, the stock has traded at an average earnings multiple of 119, which is unlikely to sustain, said analysts.

Aggressive discounts across products to keep the competition at bay, and ramping up newer stores resulted in margin contraction – EBIDTA down to 8 per cent from 9.1 per cent a year ago. Management’s increasing focus on sales growth comes at a time of increasing competition from Big Bazaar, Reliance Retail and online retailers such as Big Basket.

“We believe DMart’s pricing aggression is driven by enhanced competitive pressures and is likely to sustain going forward. Accordingly, we cut our FY19/20/21 EPS by 5 per cent each to factor in the September quarter miss and continued margin pressures,” said Avi Mehta, analyst, IIFL.

According to some analysts, the sharp drop in earnings growth is temporary. And most analysts expect earnings growth to return to 30 per cent to 35 per cent in the second half of the current fiscal. Higher sales should offset the loss from margin contraction. Analysts expect the retailer to post a net profit of Rs 640 crore in the second half of FY19, compared to Rs 477 crore last year, taking its FY19 net profit to Rs 1,050 crore. Operating leverage could play out in the current quarter, thanks to the festive season and longer shopping hours – several stores are now open from 8 am to 11 pm.