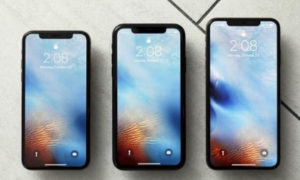 New York: A two-month tumble in Apple Inc. has shrunk the iPhone maker from gargantuan to merely huge, leaving it at risk of another downgrade on the list of the world’s biggest public companies.

Apple’s 27 percent decline since 3 October has lopped more than $314 billion from its market value, pushing it to around $800 billion. At $839 billion, Microsoft Corp. left it in the dust a month ago, and now the stock is in a minute-by-minute race with Amazon.com Inc. for second place.

For now, the mighty are falling, as trillion-dollar valuations become increasingly distant memories for the companies founded by Steve Jobs and Jeff Bezos. Technology stocks everywhere have been shellacked by fears that profits are about to slow. Apple has faced additional pressure as bulls panic over evidence of slowing iPhone demand.

The Cupertino, California-based company is in a bear market for the first time since 2016. Amazon, which reached the $1 trillion mark 33 days after Apple, is down 19 percent since its high in September. Microsoft is down 6.1 percent from its October high.

Amazon briefly surpassed Apple’s market cap last Thursday, but the advantage disappeared the next day, when Amazon’s 4.1 percent slide pushed it back to the third spot.