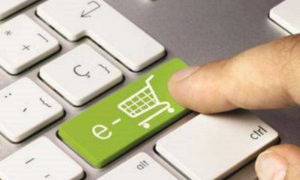 The country’s online retail market witnessed a compound annual growth rate (CAGR) of 53% for the period 2013 to 2017, according to a latest report by consultancy firm Bain & Company.

The rapid growth, albeit over a small base, has been driven by aggressive discount-driven e-commerce marketplaces, advances in delivery infrastructure and increased smartphone penetration and data usage.

These conditions are giving rise to large retail ecosystems. “What we’re seeing is the emergence of scale open retail ecosystem platforms across the Asia Pacific region that offer retailers a compelling alternative to building and scaling their own capabilities,” said Melanie Sanders, partner at Bain & Company.

Retail ecosystems comprise communities of consumers, retailers and partners that rapidly reshape the retail landscape. They deliver a very sticky consumer proposition by combining services like e-commerce, chat, streaming, gaming or payments in a single platform or app, which shoppers are adopting globally, the report said.

While Alibaba and Tencent lead the best-known Asian ecosystems, India too is witnessing the emergence of retail eco-systems, led by Reliance, Flipkart/Walmart, Amazon/Future Group and Alibaba.

India’s total e-commerce retail sales in 2017 were pegged at around $20 billion and studies have indicated that another $50 billion of online e-commerce could be unlocked by adding new users and luring back internet users that do not currently shop online due to various reasons.