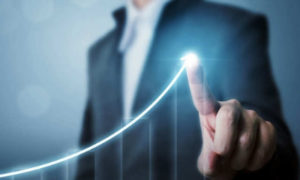 Metro AG’s CEO Olaf Koch, who is visiting India to review the company’s operations and meet government officials, said, “Five years down the line, the Indian arm should generate significantly more than one billion euros in turnover and should continue to grow in profitability.”

Bengaluru-headquartered Metro Cash & Carry reported sales of 776 million euros in 2017-18, a decrease of 2.8% from 2016-17’s 798 million euros. While the company refused to divulge country-specific profit figures, senior executives said sales in local currency (INR) went up by around 11% to reach Rs 6,140 crore.

Despite the wholesale giant’s local arm turning profitable, Koch was not happy with the business generated by the company’s private labels. “Metro India could learn about private labels from other markets. The contribution from our private labels here is in high single digits but it should be in high double digits, specifically in wholesale,” he said.

Metro Cash & Carry currently operates 27 stores in India and competes in the B2B wholesale space with players such as, Walmart, Reliance and new entrant Lots Wholesale, a wholly-owned subsidiary of Siam Makro.

When asked about the impact of e-commerce on traditional businesses, Koch said, “If you look at the sheer potential of the markets we are serving, I cannot see the cash & carry model becoming redundant, not even in the most advanced economies. Take France, for instance, where we have high focus on hospitality but our stores have stickiness because of the unique range they provide. The store is the core but the interpretation of the store needs to change with time and the businesses it serves.”

With respect to the Indian market, Koch said, “We are in a market run by 12 million kiranas and our market share is still very small.”