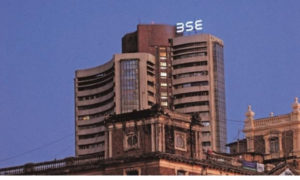 According to a Bloomberg report, a US government delegation will travel to Beijing in the week of 7 January to hold trade talks with Chinese officials. Kevin Hassett, chairman of the White House Council of Economic Advisors, said President Donald Trump won’t try to fire Fed Chair Powell and US banks aren’t facing a liquidity crisis, also boosted the sentiment.

Crude oil prices rallied over 8%, its biggest increase since November 2016 after Russia signaled OPEC and its partners would be willing to meet to help manage the oil market. Oil slumped nearly 35% from its four year high in October. So far this year it is down nearly 15%.

Investors are cautious as many analyst believes that ruling government Bhartiya Janata Party may announce more populist measures to woo voters ahead of general elections next year after they lost in three state assembly elections – Rajasthan, Madhya Pradesh and Chhattisgarh.

Also concerns of global economic slowdown weighed heavily on sentiment in 2018. The IMF cut its global growth forecast to 3.7% in Oct’18 from 3.9% in Apr’18 due to trade war, tightening financial conditions, geopolitical tensions and rising oil prices.

Analyst expects that the growth in all major economies is likely to slow down in 2019 due to a variety of reasons. While GDP growth in the US is expected to slow down due to fading fiscal stimulus, tightening monetary policy and rising protectionism, China too is likely to witness economic slowdown as Beijing tries to cut debt and trade war with the US continues.