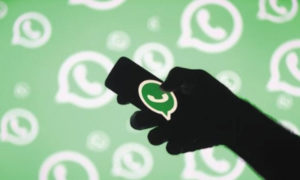 Don’t kill the messenger seems to be the slogan of all social media and digital platforms which have launched big image building and user education campaigns to create awareness about fake news and toxic content amid mounting pressure from the government.

Facebook-owned messaging platform WhatsApp launched a nationwide campaign called “Share Joy, Not Rumours” in more than 10 languages across television, print, online media, and radio to help prevent the spread of rumours and fake news. Launched on 2 December, the first phase of advertisements will run through 10 January and the second phase will be launched in February 2019.

“This is the first TV campaign ever for WhatsApp and its goal is to educate people on how to spot fake news and not spread rumors. We will continue to expand our public education efforts leading up to the national elections in 2019,” said a WhatsApp spokesperson. The company faced severe criticism as lynching incidents flared up by free flow of fake news on the platform. Pressured by Indian government, the American company recently appointed Abhijit Bose as head of WhatsApp India. The firm also named Komal Lahiri as grievance officer for India.

Facebook, arguably the most dominant social media platform in India, launched #Socialforgood campaign in November and brought actor Priyanka Chopra to conduct a “Livathon” with internet stars like Mallika Dua and Bhuvam Bam. The campaign addressed issues such as cyber bullying, mental well being, and entrepreneurship and was targeted primarily at young users.

“Social media plays an integral role in our lives today and its impact does not stop online. It is part of a larger sphere of influence, else how do you explain the many movements in recent times,” said Saket Jha Saurabh, head of entertainment partnerships, Facebook India.

“The content policy team at Facebook, which is responsible for developing our Community Standards, includes subject matter experts on issues such as hate speech, child safety and terrorism,” said Jha.

Facebook said it uses a combination of artificial intelligence and reports from people to identify posts, pictures or other content that likely violates its standards.

In the month of November, Twitter, which remains the hotbed of accounts spreading fake news, launched #PowerOf18 campaign to encourage youth to contribute to public debate and participate in civic engagement in the upcoming election season. Twitter along with Facebook came under intense scrutiny of policymakers in the US for its failure to stop the spread of misinformation during the 2016 election. The micro-blogging platform has been on purging spree deleting fictitious accounts for bulk tweeting, posting large number of unsolicited replies, or sharing links with misleading information. Twitter did not respond to Mint’s query on tackling hate speech, fake news and negative content.

“Earlier, all social media platforms unanimously said that they had no control over what is being shared on their platforms which I believe was detrimental to their existence in the long run,” said Amardeep Singh, chief executive, Interactive Avenues, an IPG Group-owned digital marketing agency. “People tend to become negative towards platforms which do not take responsibility and focus on chasing numbers. I think these campaigns are a way to take ownership of what’s happening on these platforms and find ways to weed out negative content.”

The image building exercise is also a measure to allay fears of hundreds of brands across categories which advertise regularly on social media platforms. In February, Unilever, for instance, threatened to withdraw its advertising from online platforms such as Facebook and Google if they fail to eradicate content which “create division in society and promote anger and hate.” Last year Procter & Gamble, the owner of brands including Pantene and Pampers, issued a similar warning before cutting $100 million of digital ad spend.ing