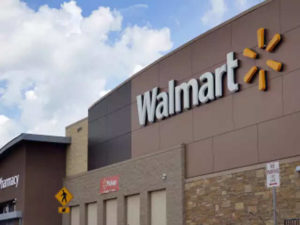 KOLKATA: Walmart India COO Devendra Chawla has put in his papers after a 15-month stint in the company, two senior industry executives said.

Sameer Aggarwal, executive vice president, chief strategy and administrative officer of the American retail giant’s Indian arm, is likely to take over Chawla’s role, they said. The exit of Chawla was announced internally on Friday and he is currently serving the notice period, the executives said.

Chawla’s next career move could not be ascertained. He could not be reached for comment despite repeated attempts. Walmart India declined to comment on the development. Chawla, an alumnus of Harvard Business School, was executive vice president and COO responsible for merchandising, marketing, procurement and omni-channel at Walmart India. He was also a director on the board, as per filings available from the Registrar of Companies.

Before this, Chawla was CEO of Future Consumer, and Future Group president for food, FMCG and brands. He was earlier a director at Coca Cola India. Aggarwal, who joined Walmart India in April, currently leads finance, technology, legal, audit and strategy functions. An MBA from London Business School, he was earlier chief finance, development and supply chain officer at KFC Thailand and had worked with Sainsbury’s in UK and China.

Walmart India owns and operates 23 ‘Best Price Modern Wholesale’ stores in India and two fulfilment centres. It has plans to add 50 new stores over the next 4-5 years.