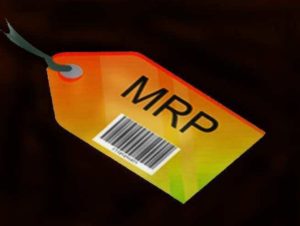 PUNE: The Pune airport officials have shut down a food outlet and terminated its agreement. The action followed a passenger’s complaint about food at the outlet being sold at a price higher than the printed maximum retail price (MRP).

On September 10, a passenger, identified as Spandan Agrawal, tweeted to the official Twitter handle of the Pune airport with photographs of the outlet. Agrawal wrote: “Was at Pune airport early morning today. A food counter names “Sal Balaji food and beverages” was selling jelly toffee at above MRP and when I said why is MRP struck off, he had a simple answer “Sir thoda to upar hi bechenge na, Airport hai. (Sir, we will sell it obviously at a high price. It’s an airport) (sic).”

In the first week of October, Agrawal checked back with the airport officials about the action taken. The very same day, he got a response: “The licence of vendor terminated and kiosk removed from airport.”

“All the food outlets have been given strict instructions. Earlier, there were complaints about the quality of food being served at some of the outlets. Now, the number of outlets has increased. They should be following all the regulations and in no case can a packed product be sold at a price higher than the printed MRP,” an airport official said.