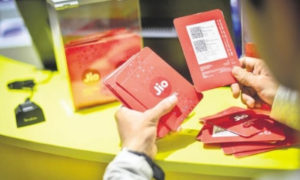 Mobile or wireless subscriber base in the country increased by 0.21 per cent to 116.92 crore in September from 116.69 crore. Reliance Jio was the only telecom operator that gained mobile subscribers while all other operators showed a decline in their customer base. Mukesh Ambani-led firm added over 1.3 crore mobile subscribers taking its total customer base to 25.2 crore. Vodafone Idea was biggest loser in September. The company lost over 80 lakh mobile customers. Vodafone and Idea subscribers numbers for September month were reported separately.