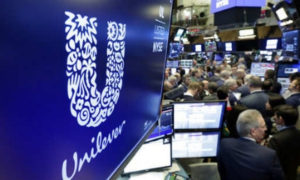 The firm’s latest round of equity financing comes less than four months after it secured $5 million in a Series-A fundraise, signalling the growing investor interest in ventures enabling social commerce.

The company’s existing backers, including Stellaris Venture Partners and Vy Capital, will also participate in the latest funding on a prorata basis. Shop101 plans to raise more capital in the first half of 2019, the sources said, speaking on condition of anonymity. Shop101 CEO Abhinav Jain did not reply to an email seeking comment. Kalaari Capital managing partner Vani Kola’s office said in an email reply that she was out of the country.

An email sent to Unilever Ventures, which has previously backed multiple Indian startups such as Peel Works, Milkbasket and Hangyo Ice Creams, late on Wednesday evening also did not elicit any response till the time of going to press. “Social commerce is the next frontier for buying and selling online, especially as internet penetration in smaller towns and cities increase. Shop101 has a first-mover advantage and has built a seamless product, which has led to its exponential traction among micro-entrepreneurs without spending much on marketing,” one of the sources said. 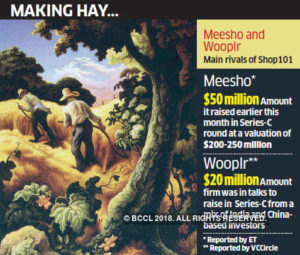 Investors have begun to put in sizeable amounts in social commerce platforms that help build and promote small entrepreneurs through a variety of channels, including WhatsApp, Instagram and Facebook. Data suggests that the affinity of a user to buy from their trusted network is much higher and results in fewer returns. Stellaris had led the funding in Shop101in July, with Vy Capital, TaxiForSure cofounder Raghunandan G, and Livspace cofounder Ramakant Sharma also participating in the round.

Shop101 helps small merchants sell to customers on social media platforms and helps them set up online stores with inbuilt order processing systems. It also has a marketplace that helps small sellers procure from distributors and manufacturers.