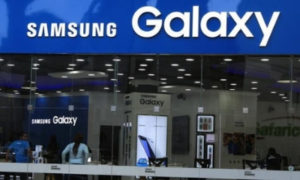 Mumbai: Tightening of the FDI policy in ecommerce could help Samsung wrest India’s top smartphone slot from Xiaomi because the South Korean company has a wider offline retail presence than its Chinese rival, which needs to scale up its brick-and-mortar store play rapidly, analysts said.

“This could be an opportunity for Samsung… Almost 70% of the market leader’s volumes come from online channels,” said Neil Shah, partner and research director, IoT, mobile and ecosystems, at Counterpoint Technology Market Research.

The government on Wednesday barred online marketplaces from signing exclusive deals for products on their platforms. It also directed that a single vendor can sell a maximum of 25% of its inventory on an ecommerce platform.

Analysts said the changed rules could hurt handset makers Xiaomi, OnePlus, Huawei’s Honor and RealMe, which are dependent on ecommerce sites such as Amazon and Flipkart for the bulk, if not all, of their sales.

Smartphone sales on ecommerce platforms outpaced those in brick-and-mortar stores this recent festive season, driven by discounts and cashback offers, which could disappear once the revised norms kick in on February 1.

“Samsung will gain over Xiaomi for a quarter once the new rule sets in. The Korean handset maker will be able to leverage its marketplace advantage till such time the Chinese company manages to expand its offline channels,” said Faisal Kawoosa, founder of techARC.

Xiaomi, with about 27% share, and second-ranked Samsung, with 23%, have dominated 2018 and are expected to continue their fight for the top slot in 2019.

Smartphones accounted for half of the total handset market in India during July-September, according to Counterpoint.

Analysts said that while Samsung will benefit from the latest rule changes, Xiaomi won’t give up its spot that easily as the Chinese company is also in the midst of expanding its offline presence aggressively.

According to Counterpoint, about two years ago, 5% of Xiaomi’s volumes came from offline channels, a segment that has grown to some 30% now. According to reports, the company has 500 Mi stores and aims to add 5,000 outlets by the end of 2019.

“It will not be easy for Samsung to reclaim leadership because Xiaomi has created certain level of trust for the brand among consumers in the past couple of years. Moreover, Xiaomi has been able to balance the portfolio spread online fairly equally and now they are gradually expanding the offline footprint as well,” said Navkendar Singh, associate research director, devices and ecosystem, India & South Asia, IDC.

Samsung and Xiaomi did not respond to ET’s queries.

Besides increasing the rivalry between the top two smartphone companies, Indian handset makers Lava and Micromax, which have traditionally been strong offline and missed most of the online play, could now get a chance to regain some of their lost share, experts said.

“This will benefit Lava since our discounts on online and offline are the same,” said Hari Om Rai, co-founder of Lava International. “This step will create a level playing field since more than 250,000 retailers were getting impacted by the cash burn method of online players.”

Prabhu Ram, head of CyberMedia Research’s industry intelligence group, said Indian smartphone companies could get a lifeline only if they are able to “potentially refocus, rebuild and reclaim their past channel strengths, and back it up with energy and new creative strategies… Having said that, this remains a big ‘IF.’”