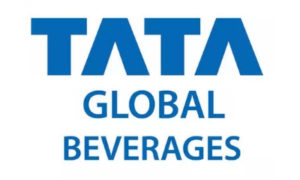 Mumbai: Tata Sons has rejected a proposal by the group’s mergers & acquisitions team for Tata Global Beverages to purchase Prabhat Dairy for about Rs 400 crore, said two people with knowledge of the development.

“The board did not see it significant enough to scale up the business in the challenging dairy sector, and instead asked Tata Global Beverages to focus on its core business,” said a person.

The Tata Sons board had earlier sought a due diligence report on a proposal to purchase cash-starved Jet Airways before taking up the plan for consideration. The board, headed by N Chandrasekaran, discussed both proposals on November 16.

The group’s plan to purchase Jet Airways calls for an all-stock merger between Naresh Goyal’s carrier and Vistara Airlines, a joint venture between Singapore Airlines and Tata Sons.

The board of Tata Sons is asking tough questions on deals placed before it for approval by the new M&A team.

“There is a suggestion that the team should focus on scaleable businesses, keeping the institution’s values and long-term growth in mind. Deals cannot be of a limited transactional nature,” an official said.

Tata Global Beverages sells tea, coffee and water and has brands such as Tetley. It sells Himalayan Natural Mineral Water in a joint venture with PepsiCo and is the partner of Starbucks in India. Tea accounted for 80% of its revenue from branded business in the September quarter. 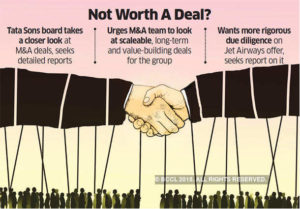 “Tata Global Beverages would have to get its core business of tea in order before venturing for leadership in other segments,” one person said. “Quarter after quarter, it has been struggling and a lot more needs to be done to be a clear leader in India and the UK… So venturing beyond tea now would be a stretch without building capabilities.” A Tata Sons spokesperson declined to comment on the matter. Prabhat Dairy spokesperson Yagnesh Thakker declined comment.

Analysts said Tata Global’s previous acquisitions have not been very successful and Prabhat Dairy, based in Navi Mumbai, is not a fit.

“It has taken the company 15 years to struggle in tea, venture and exit from markets such as China and Russia,” said Abhijeet Kundu, vice-president, research, Antique Stock Broking. “If they have to get into dairy, it has to be a big brand and Prabhat does not fit into that slot… the biggest brands in dairy are Amul and Mother Dairy and both are run by cooperatives.”

Tata Global Beverages recently moved operations such as global information systems, HR, finance and commercial in regions including India, the UK, the US, Canada and Australia to the managed services of Tata Consultancy Services in Kolkata.

The move is expected to free the company’s business managers to concentrate on core activities, bring in agility and spur faster decision-making as it seeks to become one of the largest fast-moving consumer goods companies in India with a possible merger with group firm Tata Chemicals.

Tata Global and Tata Chemicals are evaluating plans to merge the group’s food and beverage businesses. The transition process is expected to be completed by the end of 2018-19.

“The transition will enable our business managers to wholly concentrate on core business activities, growth and expansion,” a Tata Global spokesperson said.