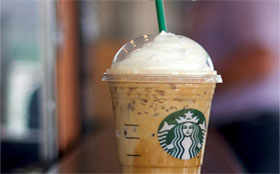 Mumbai: Tata Starbucks has announced Navin Gurnaney as its chief executive officer effective January 1, 2019. He will replace Sumitro Ghosh who will returns to the US parent company after a three-year stint.

The company said Gurnaney will be responsible for driving Tata Starbucks overall strategic direction and vision in India and further strengthening Starbucks business growth. With this role, he is returning to Starbucks after first joining in 2004 where he was a leader on US business for eight years in operations and partner resources, based in Atlanta, Georgia.

““We are pleased to welcome Navin Gurnaney, who has a proven track record of success within Starbucks and is a business leader with the ability to bring people together, as Tata Starbucks continues to innovate and position itself for long-term growth in the India market.” said John Culver, group president, International, Channel Development and Global Coffee & Tea at Starbucks Coffee Company.

Tata Starbucks, a joint venture between Tata Group and Starbucks, posted its first positive EBITDA (earnings before interest, tax, depreciation and amortisation) after its sales growth nearly doubled during FY17-18. Tata Global Beverages, in its latest annual report said Tata Starbucks improved sales by 28% in FY18 with robust in-store performance and new stores added during the year. With the JV posting sales of Rs 272 crore in FY16-17, a back-of-the-envelope calculation shows revenue to be about Rs 348 crore during the last fiscal.

Starbucks, which started operations in India in October 2012, recorded the fastest store expansion in the company’s 45-year history in the initial few years and now has 125 stores.

The development was first reported by The Economic Times