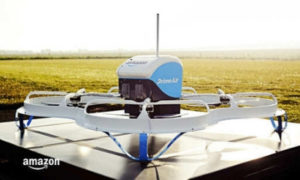 Jeff Bezos boldly predicted five years ago that drones would be carrying Amazon packages to people’s doorsteps by now.

Amazon customers are still waiting. And it’s unclear when, if ever, this particular order by the company’s founder and CEO will arrive.

Bezos made billions of dollars by transforming the retail sector. But overcoming the regulatory hurdles and safety issues posed by drones appears to be a challenge even for the world’s wealthiest man. The result is a blown deadline on his claim to CBS’ “60 Minutes” in December 2013 that drones would be making deliveries within five years.