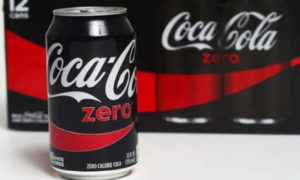 “Acquisitions will continue to be an important tool for the company,” Coca-Cola global chief executive officer James Quincey said on Tuesday on an earnings call for the quarter ended September. “This group will partner with colleagues around the world to identify and nurture the next series of fast growing opportunities. We have created the group to ensure we properly connect and globally scale key acquisitions, investments and partnerships.”

Coca-Cola and consumer goods giants Nestle and Unilever are in the due diligence stage for acquiring GSK Consumer’s nutrition business, people aware of the developments have said.

“As with all M&As, completing the acquisition is only the first step. What is critical is accelerating our results and executing with precision,” Quincey said.

Coca-Cola has been on an acquisition spree across world markets to hedge risks associated with soft drink sales and broaden its portfolio across various beverage categories.

Coca-Cola snapped up UK coffee chain Costa Coffee for $5.1 billion in August. It announced minority investments in sports drink brand Body-Armor and Australian maker of cold-pressed juice and smoothies Made Group in the third quarter.

Quincey identified India as among the markets that are doing better than the others and added that the company was “gaining share in a growing industry.”

“Industry growth has improved from last year, driven by better results across both developed and emerging markets. Some large emerging markets like China, India and Brazil are clearly doing better,” he said.

“Despite cycling a more difficult comparison period, strong performance in China and India drove another quarter of mid-single-digit organic revenue growth for the segment,” Quincey said, referring to the Asia-Pacific segment.

The maker of Coca-Cola and Sprite carbonated drinks and Minute Maid juices did not specify India numbers. Globally, the company said organic revenue was up 5% year-to-date, while unit case volumes grew 2%.

With sugary drinks under pressure as consumers turn to healthier drinks, Coca-Cola has been broad-basing its portfolio to include juices and dairy-based beverages and tea, besides launching hyperlocal flavours to stem share erosion to rapidly growing regional and B-beverage brands.

Quincey said while the global economy is still growing, it remains volatile. “Some markets are getting better, while others are struggling as the economic cycle moves to a different phase,” he said.