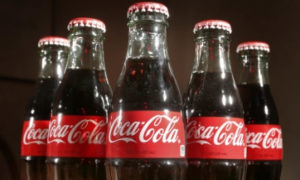 MUMBAI | NEW DELHI: Hindustan Coca-Cola Beverages (HCCB), the bottling partner of Coke India, has posted 4% decline in revenues at Rs 9,082 crore during year to March 2018, as per latest filings with the Registrar of Companies (RoC). The bottler had total sales of Rs 9,502 crore a year ago.

Net sales are not comparable as turnover in the last fiscal was calculated net of the Goods & Services Tax (GST) since May last year.

Earlier, it was gross of excise, which in turn was baked into the costs. HCCB, in its filing, said comparable operating revenue increased 7% and that it gained 2.3% share in sparkling beverages during the year.

“Our focus on product mix, plus the launch of several new products last year, helped us increase our net revenue by 7% versus 2016-17, on a comparable basis. The introduction of GST helped us in leveraging our national supply chain and drive productivity. We are continuing to invest in cold drink equipment, manufacturing capacity and towards horizontal expansion, which will catalyse strong, stable growth, going forward,” Bhutani said.

HCCB, which makes Coca-Cola and Sprite soft drinks and Minute Maid juices, and accounts for two-thirds of Coca-Cola’s revenue reported a net loss to Rs 118 crore during FY17-18, down from to Rs 233 crore a year ago.

India is Coca-Cola’s sixth largest market. It has been broad-basing its portfolio to include low or zero-sugar drinks, dairy beverages and energy drinks to resonate with changing consumer preferences.